The Dark Side of Marketing to Millennials 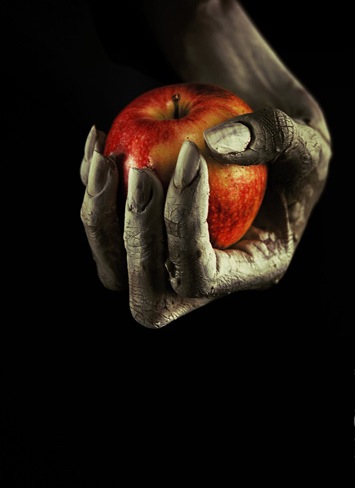 Young adults today are accused of being entitled, spoilt, narcissistic, having unrealistic expectations with an ‘inflated sense of self’ (Professor Harvey, University of Hampshire). Ouch! But we’re also reported as being unhappy, having the highest rates of depression and anxiety amongst our age group out of any generation before us!

“The Secret to happiness is low expectations” - Barry Schwartz

Glorifying contradictory ambitions, like loads of spare time to travel and loads of money to buy nice things, particularly on social media platforms, I think has been slowly increasing expectations amongst teenagers and young adults, to the point where now, we sometimes see a lack of interest and even a patronizing attitude towards having a job or building a career. But are these expectations being encouraged and exploited?

“The great majority of mankind are satisfied with appearances, as though they were realities and are often more influenced by the things that seem than by those that are.”

In recent years, social media seems to have become an outlet for many people and companies to express an idyllic, benevolent, supportive appearance with no end of ‘motivational’/’inspirational’ ‘follow your dreams and do what makes you happy’ quotes. Often sending the message “you should be able to do whatever you want… here, let us help you”. Almost like the witch that gives Snow White the apple.

Robert Greene (author of the 48 laws of power) said in an interview:

“In order to exercise power in the world, you have to give the appearance of being nice and good. The public wants to feel that you are motivated by some higher aspiration. All these big corporations play the game like that“. We see it on social media but not just by big corporations, we’re seeing it with self-promoters as the audience one person can reach today, is potentially huge! Youtube is now littered with ‘self development gurus’ who interrupt what we’re watching with adverts of salesmen in canoes and Lamborghinis telling us we need to live the ‘laptop lifestyle’ and buy tickets to their ‘how to make a fifteen figure income in half and hour without having to wake up” seminar.  I’m obviously exaggerating and I’m not here to tell you that these are all scams, they’re probably not! But what is clear to me is an underlying manipulation behind the marketing of systems, products, services and brand identities, aimed at the younger, more vulnerable, generations. These devious strategies tend to teach and promote, a belief system that says they are entitled to live a life of luxury where they have all the time and money they need and that settling for anything less is for those that lack ambition.

Those that buy in to the ‘dream life’ are usually targeted for books like ‘The Secret” or Multi level Marketing cults systems (ironically endorsed heavily by Donald Trump, perhaps the most Machiavellian person alive today?). We see a lot of people who have bought into this culture with ‘fake famous’ instagram models (who all seem to be vegans??) who spend most of their time endorsing clothing lines with a mind boggling number of ‘followers’ and they’re not really making money from it! What’s next for them? But like Machiavelli said “The great majority of mankind are satisfied with appearances”.

Lying and cheating people are generally short lived and I don’t believe the successful companies and people, books etc that I’ve referred to are doing that! It all appears to be perfectly legal and even honest! The self-development gurus will be the first to tell you (whilst sitting in a Lamborghini!) ‘This is not a get rich quick scheme… you have to work hard… there are no short cuts”. But as Robert Green explains, “The use of selective honesty is a power strategy intended to convince people of one’s noble, good hearted, selfless, character. It is a form of persuasion, even a subtle form of coercion”

Despite what I’ve said, I do think the older generations exaggerate how bad we are and that the rejection of the ‘boomers’ attitudes and values is often a reaction to the false promise of the security we were told we would have if we followed the ‘rules’. The rules being, study really hard so you can get a degree, so you can get a good job, so you can get on the property ladder, so you can start a family. None of this worked and we’re frustrated! With that said, it’s difficult to ignore the entitlement and unsustainable lifestyles that young adults today feel entitled to. It’s as if our path to ‘maturity’ was blocked off hence the nickname ‘The Peter Pan generation’. So perhaps it’s worth bearing in mind that you don’t need to be a vegan, yogi, environmentalist, vlogger, entrepreneur, philanthropist, volunteer veterinarian who makes a giant passive income whilst posting selfies, in a new country every week on instagram, in order to have a ‘good’ lifestyle. If you expect or feel entitled to any sort of lifestyle, the idea may very well have been sold to you and could potentially lead you off track and eventually lead to disappointment, whether you achieve these expectations or not.

Now create a Hiremetrix profile if you want to have the best job in the world ;)